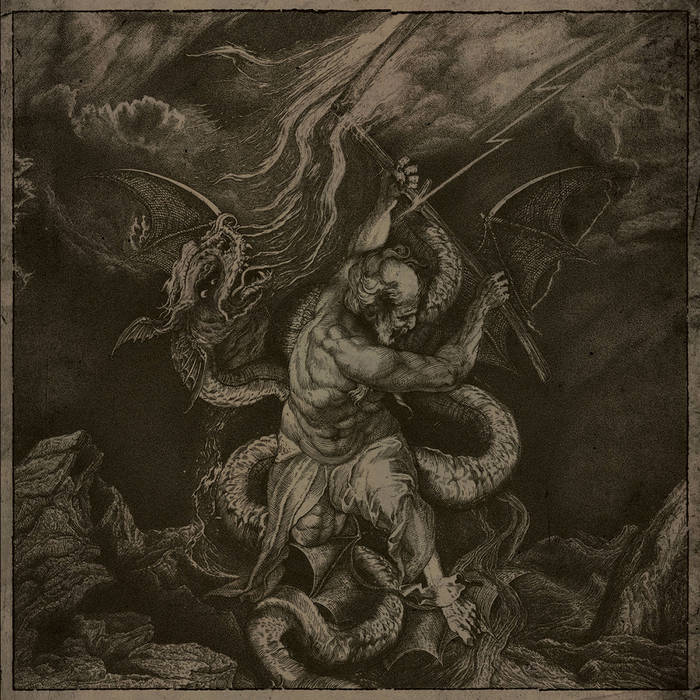 Do not turn the other cheek. Defy, and act.

Do not turn the other cheek. Defy, and act. If you like good music. Buy this.

If you like black metal. Buy this. Favorite track: Vacillation.

Dan Curhan Tasty, riffy, dissonant blackened stuff, not devoid of melody. Some memorable moments, and a rather enthralling atmosphere I just seem to connect with. Top 3 of 2019 so far! Favorite track: Resolve.

the Evil from where there is nothing

By now pillars of the UK black metal scene, for over a decade now, BARSHASKETH have been a study in patience and persistence. BARSHASKETH was formed in 2007 as a solo project by Krigeist with the intention of creating pure black metal, intentionally free of genre cross-pollination: essentially, second-wave black metal re-imagined and reinterpreted through extensive use of layering and counterpoint. After two demos and the debut album Defying the Bonds of Cosmic Thraldom, Krigeist relocated to Scotland, where a full lineup was established. 2013 saw the release of the second album Sitra Achra and two split EPs in quick succession. The band then went on to record a third full-length, Ophidian Henosis, at the infamous Necromorbus Studio in Stockholm. Released during July 2015 by W.T.C. PRODUCTIONS, Ophidian Henosis represented a significant milestone in the history of the band and elevated BARSHASKETH to a new level of prominence as a respected contemporary black metal act. Following the release of Ophidian Henosis, MK was added to the lineup on drums, and his unique style was first showcased on the well-received Sein/Zeit conceptual split with Outre.

Now, a decade on from its beginnings, BARSHASKETH unleashes a new self-titled album, which is conceptually centered on Be’er Shachat, from which the band's name derives. This term roughly translates as "Pit of Corruption," a multifaceted esoteric idea concerning the self existing in a cyclical process that goes through phases of destruction, purification, and ultimate adversarial rebirth. Indeed, that conceptual arc poignantly and perfectly illustrates BARSHASKETH's evolution over the years, and finds its apotheosis within the winding corridors of Barshasketh. During its uniquely vast-yet-compact 54-minute runtime, the quartet are truly firing on all cylinders, exploring new territory with ambitious compositions and showcasing a certain percussive savagery previously unheard on previous recordings, all within the remit of pure, undiluted second-wave black metal. Much like its full-length predecessor, Barshasketh breathes the essence of the ancients whilst exuding a respectably modern aspect; this melding of mysticism and might evokes 1999 as surely as it does 2019. And also like the preceding Ophidian Henosis, BARSHASKETH's self-titled album was once again recorded at the esteemed Necromorbus Studio with Tore Stjerna, and its production suitably highlights the band's acute balance of aggression and atmosphere.

Not for nothing is BARSHASKETH's fourth album self-titled: truly, this is the purest distillation of the band's essence to date. A black sun rises at the dawn of 2019, and it bears the name Barshasketh!