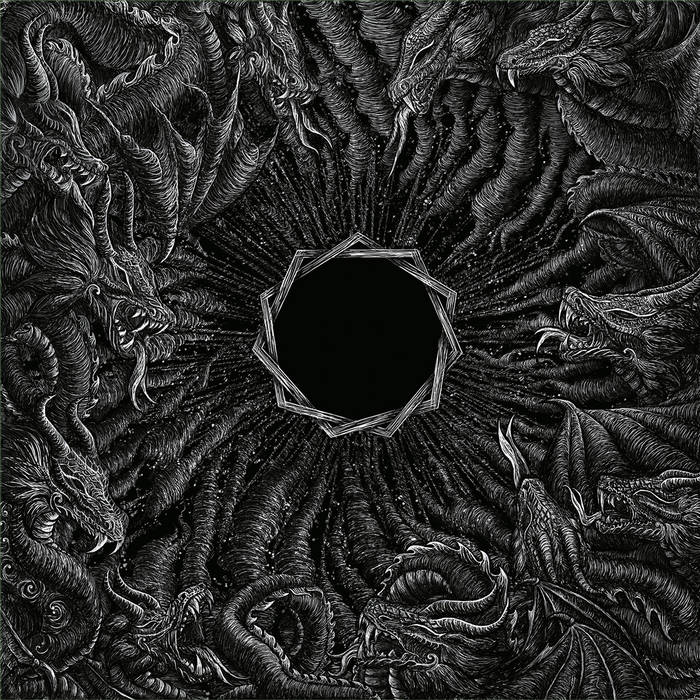 Wallow Within I didn't even know this was in any way related to TDS, yet I felt the musical similarity. After TDS made an awesome debut album I never could fully get back to their newer material, but Acrimonious (which appears to exist for even longer than TDS) have brought back the raw fury that made TDS great. I urge all fans of EMNR to check this album out.

Dudeshoot Mankill Beautiful and fucking perfet. A masterpiece really. And im not sure how Acrimonious will ever top this. Favorite track: Thaumitan Crown.

the Evil from where there is nothing

W.T.C. PRODUCTIONS is proud to present ACRIMONIOUS' highly anticipated third album, Eleven Dragons. A work of unimaginable might, of enduring and unyielding spiritual will, Eleven Dragons is the sound of serious and thoroughly occult BLACK/DEATH metal given shape and successive flight. It is the many-splendored brilliance of eternal (and eternally damning) illumination, spread across 11 hymns in an engrossing 'n' engaging 67 minutes. It is the promise - and subsequent sonic manifestation, at their respective times of study - of ACRIMONIOUS' celebrated first two albums taken yet further into the hungry, ever-beckoning void. It is METAL, hailing the mysteries of death and draped in the blackest of shadows, unfurled full fathom across the ecstasy of sin and Satan. It is verily Eleven Dragons, at the threshold of The Beyond.

The volcanic eruption that churned ACRIMONIOUS out of the depths commenced in 2002. It was during a period that the underground was receiving an injection of creativity again after a long period of stagnation and aimless exploration, which had led to the dilution of the adversarial Light with elements hostile to the eyes of the Destroyer, within the extreme metal scene, which was hungry for madness and danger again.

Beginning the journey as a homage to the ancient and morbid ways of the '80s and '90s Satanic metal, the many-tentacled abomination of ACRIMONIOUS was nourished by the prana of old Samael, Sarcofago, old Mayhem, Tormentor, Nifelheim, and Dissection amongst others, while simultaneously sharpening the blades and perfecting the skills of the craft. It would later on manifest the Perdition Gospel mini-album, its first concrete attempt to glorify at the temple of Satan. Then the Broken Bonds of Balance 7" EP followed the next year. By that time, a change in members was necessary and inevitable a step, as Funus and Nuctemeron left the band, leaving only Cain Letifer as the sole member to contemplate upon the monuments of the trinity of Lucifer, Lilith, and Cain, thus giving birth to the first full-length album, Purulence.

Even though the band had deliberately kept a very low profile during the years, the Beast was fanning the flames constantly in the shadows, aiming at a reconstruction of identity which would lead further into the Abyss of formlessness, darkness, and uncertainty through majestic Art. So it happened that, in the year 2011, Semjaza of THY DARKENED SHADE entered the ranks of ACRIMONIOUS as a second guitar-player and bassist, and also the addition of C.Docre on drums. Thus, the band proceeded to record the second full-length album, which was released at the end of 2012 under the name of Sunyata.

Many moons passed and many sparks illumined the midnight sky, by the striking of the hammer of will on the anvil of tribulation. Much blood watered the fertile soil that led to the crucifixion of matter with Spirit, and so it came to pass that the third sonic invocation was conceived, namely Eleven Dragons, glorifying the forces that bring All back into the primordial nothingness. ACRIMONIOUS is honored to announce its collaboration with WORLD TERROR COMMITTEE for the release of the third horror of nameless Void on CD and LP. This is the pinnacle of Glory and Thunderous Power, the crowning achievement, an echo of ecstatic laughter in a backward dance of malicious Fury that venerates the Eleven Flames of the One without Names. BEHOLD!

Recorded in Sitra Ahra Studios
Mixed and mastered by Stamos Koliousis
Album artwork, design and layout by Vamperess Imperium
Additional lead guitars by Semjaza
Additional vocals on “Stirring the Ancient Waters” by J.S. and CTN 358
Whisper on “Elder of the Nashiym” by Dymadiel