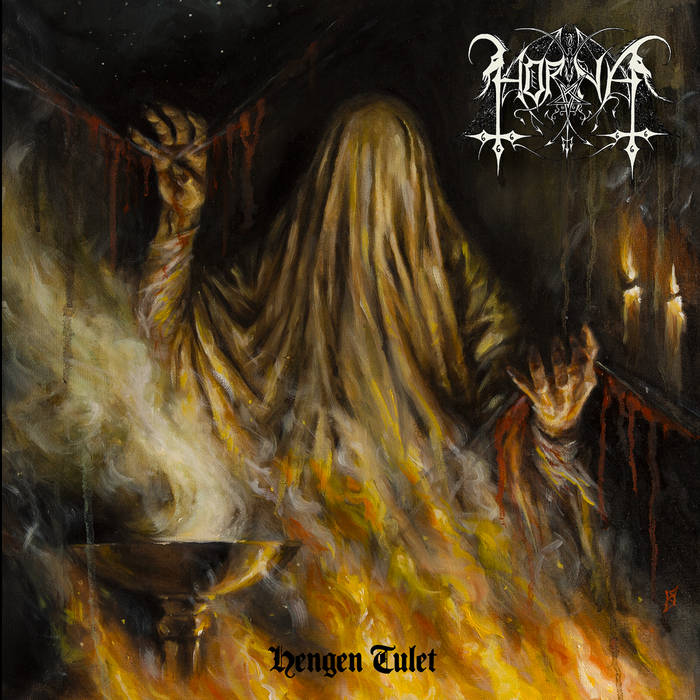 Wallow Within Only few people will not know this album and notice, that besides this I neither own a Sargeist nor another Horna album. That's simply because I honestly think this album is Shatraug's best work until today. I love verything about it, muscianship, production, atmosphere and the new found sound, that everybody besides me is hating on with a passion. I honestly think listening to this record once isn't enough and you should give it another chance if you're among the deniers of this masterpiece. Favorite track: Tämä maailma odottaa.

Winternacht333 Chills your heart like a reverberating echo from a dark subterranean dungeon ...

Swietowit11 Their most well-rounded and diverse album to date. This has something for fans of Horna's array of stylistic twists, from raging, riff-filled tracks to their more sullen, melancholic meanderings. A good place to start if you're new to the band. Favorite track: Nekromantia.

Friend of the Night

Their first album for W.T.C., Askel lähempänä Saatanaa served as a unique turning point in the HORNA canon. Not only was there a five-year gap between albums - almost an eternity in HORNA terms, considering their restless release schedule - but it was the first album to feature vocalist Spellgoth following the departure of longtime frontman Corvus. Although new to the HORNA camp, Spellgoth is a scene veteran, numbering Darkwoods My Betrothed, Black Death Ritual, and Prevalent Resistance among his resume, as well as classic session vocals for Baptism's Morbid Wings of Sathanas. With his arrival brought both a new and renewed focus to HORNA: Askel lähempänä Saatanaa brimmed with the ancient mysticism of the band's earliest work, and yet revealing new nightside shapes.

Now, with Hengen Tulet, HORNA continue to refine that approach, and yet bring back in the filthier textures of the Corvus years. Both sonicaly and songwriting-wise, Askel lähempänä Saatanaa was something of a throwback to mid '90s black metal classicism. By contrast, Hengen Tulet carries forward a similar songwriting aesthetic - surging 'n' swooshing speed, spiraling melody both majestic and malevolent - but reinvigorates a foul, fetid primitivism. It's still a supremely varied yet focused spin, compact (and caustic) as ever, but the headbanging, hard-charging tropes are surely a sign of HORNA's well-oiled machinery lately on the live front, where Spellgoth has cultivated no small amount of infamy for his penetrating performances.

The third glorious epoch of HORNA continues with Hengen Tulet, and yet further live assaults are planned for the rest of the year and next. (N.T.B)

Recorded and mixed at Studio Blackvox, spring 2015.
Mastered by T.T., June 2015.
Cover paintings laid on canvas by Pahapasi, spring 2015.
Photography & design by K.Letho, Porta Atra.
All music and lyrics written by Shatraug, arranged to their final form by Horna.