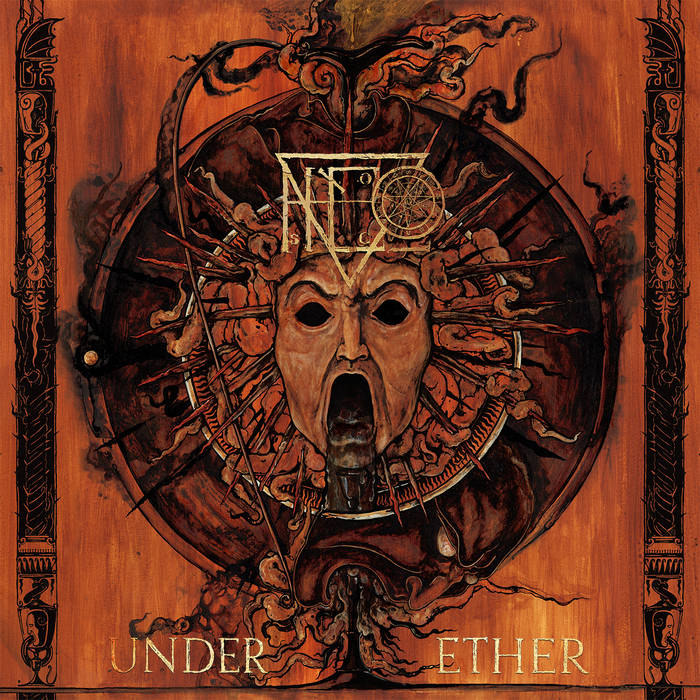 Eli Their album is as good as their description is packed with ten dollar words and artsy similes. Favorite track: Stars To Dust.

Robert C. Kozletsky Germany's Ascension deliver another incredible album of dark art. Under Ether could possibly be my favorite album of theirs to date. Easily one of my favorite black metal bands around today. Their vocalist possesses one of the most powerful voices in black metal and stands out from the rest. Thank you Ascension and WTC for bringing this into the world. Favorite track: Vela Dare.

Samoth Iccatarf Ascension grows older, literally. This album draws its roots in the 80s, never forgetting to sound modern though. More demanding than before, Under Ether is something to remember. Favorite track: Ever Staring Eyes.

Beginning life in 2007, this German black metal cult have been a patient study in fire and faith, to paraphrase their 2010 EP. Every step of the way, Ascension's move has been deliberate and decisive, with nothing left to chance; truly, their canon has developed organically, but with a steadfast trajectory in mind. The first full fruition of their fire and faith came with their debut album, Consolamentum. Released in 2010 under the auspices of W.T.C., Consolamentum quickly became a modern classic of orthodox black metal. They once again precluded an album with EP, as Deathless Light followed in 2014 before the successive second full-length, The Dead of the World. Here, Ascension took their already iron-willed orthodoxy to greater heights/depths with an ambition that betrayed their young years as a band. And once again, they rightfully reaped critical acclaim for it. There was no turning back...

Indeed, Ascension have crossed their own Rubicon on Under Ether. Still staunchly BLACK METAL to the bitter end, here, the band's unbridled ambition takes them on a journey to the most haunting hinterlands of their pitch-black sound. Like gleaming obsidian, Under Ether reflects (and refracts) a kaleidoscopic array of hues, each darker than the next. It all coalesces into a hideous swarm - or, to reference an ever-apt song title, "Pulsating Nought" - that, despite its usually teeth-gnashing intensity, displays a cool/calm/collected knack for dynamics: space and shade are laid bare across this treacherous landscape.

After the suitably stage-setting intro, each of these seven sins rushes onward with an almost-disarming ease, Ascension within the churning maelstrom directing its every malevolent move and sulfurous shudder. Further, they've expanded their melodic arsenal here, with evocative leads often taking center stage; other times, riffs are colored by cleaner tones that nothing less than soul-searing. Completing the totality of Under Ether is stalwart production, courtesy of Michael Zech and V. Santura: warm and feverish and totally analog, but possessing a palatable clarity that allows every detail to ring true. Gleaming obsidian, indeed...

With a full decade under their belts now, Ascension are no longer plucky newcomers; with Under Ether, they've truly become masters. Prepare to go under, deeper than ever...